In our view, the Chinese technology platforms have grown too large, too fast; and now the regulatory environment is starting to catch up.

Fierce competition and a “winner takes all” mind-set means that participants have had to dole out huge sums to subsidise sales (often to below cost) in order to cross-sell services to their broad customer bases and continue to secure high growth rates. This cash burn is simply unsustainable in the long run.

Notably in China last year, Alibaba was hit by the halt of Ant Group’s IPO, increasing antitrust regulatory pressure and a multi-billion dollar fine. The regulator has warned most other internet companies on anti-competitive behaviour as well. While the capital requirement for Ant Group is a prudent step and we believe will likely be enforced, we are less concerned about the impact of the new antitrust guidelines. JD.com and Pinduoduo already act as a counter to Alibaba’s dominance, as evidenced by their growing market share at the expense of Alibaba’s.

It is no surprise that the Chinese government has started to take action against the powerful technology platforms, but in reality this has been a global reckoning. Global tech giants Facebook, Amazon, Apple, Microsoft and Alphabet’s Google (the “FAAMG” group) have all faced increasing regulatory scrutiny on varying issues such as alleged platform dominance, anti-competitive behaviour, data privacy and the spread of misinformation.

We believe that tightening regulations will be good for the industry and consumers alike in the long run. Clearly, unfettered power in the hands of a few tech company moguls cannot be good for society. If we look at the main goals of the antitrust guidelines issued by the State Administration of Market Regulation (SAMR), they are designed to promote fair competition and a healthy, innovative market.

By reining in Alibaba, a hundred other flowers might bloom. We believe this would be a good outcome. The regulations have also pushed existing internet companies to invest more into new businesses and new technologies, driving innovation in the sector. While it is still early days, some of these may have the potential to bear fruit in the long run.

Meanwhile, technology has provided us with many benefits, but its rising dominance has also led to the destruction of existing business models and a number of social issues. It is time for the internet giants to take more responsibility for their employees’ social welfare. While this may drive up operating costs and put pressure on margins in the short term, over time we would expect those with stronger franchises to grow more sustainably while policy risk will have been reduced.

The major concern with Alibaba is whether the company and the state are still aligned. For whatever reason, the Chinese government has decided that Alibaba has become too powerful. With the turning tide, Alibaba will likely have a much tougher time being number one. This should give real cause for concern, in China as in any other market or economy around the world.

On the other hand, Alibaba is not expensive in terms of price-to-earnings (PE) multiples at 23x 2022 non-GAAP earnings. By our calculations, the value of the core e-commerce business is around 10% below the current market capitalisation. After adding back the cash, the cloud business and Ant Group can be had for free. Additionally, though Alibaba may be losing share to JD.com, its franchise remains strong and its financials are solid. The turning point, if any, should not happen overnight.

We believe Tencent is also likely to be fine, as the company has shown it is capable of innovation and is proactive in terms of regulations. Its mini programs on Wechat means that businesses – including other tech platforms JD.com and Pinduoduo – can build private traffic and cultivate relationships with Key Opinion Leaders (KOLs, in marketing parlance) without having to pay for clicks. The antitrust guidelines are unlikely to be an issue here.

Meanwhile, in 2019 the gaming industry faced tighter regulations to protect teenage players, curb gaming addiction and manage in-game spending. Tencent was unaffected as it had already implemented its Healthy Gameplay system (one year ahead of the new regulations), which included playtime limits, parental-set limits on in-game purchases, minimum age limits and identity verification. The key issue to watch will be game approvals, as a suspension in this area (like in 2018) will have an impact on Tencent’s bottom line.

For JD.com, the regulator had meted out the equivalent of a rap on the knuckles for its pricing irregularities around the Singles Day sales. We do not expect much more in terms of further clamp downs. Looking forward, 2021 will be a year of investment for the group, as they grasp new business opportunities in JD Supermarket (e-groceries), JD Digits (its cloud and Artificial Intelligence (AI) business) and Jingxi group purchasing.

While these new businesses should bring in incremental profits, it does mean that JD’s earnings growth will probably be lower in the near term. However, we expect margins to continue to expand as JD continues to gain scale and operating efficiencies.

We believe the Chinese e-commerce industry is entering a mature stage of development and further re-rating will be increasingly difficult to achieve. Nonetheless, growth is still decent and Alibaba, Tencent and JD.com are supported by their strong franchises and solid financials.

Note: Reference to specific securities (if any) is included for the purpose of illustration only and should not be construed as a recommendation to buy or sell the same.  All securities mentioned herein may or may not form part of the holdings of FSSA Investment Managers’ portfolios at a certain point in time, and the holdings may change over time. 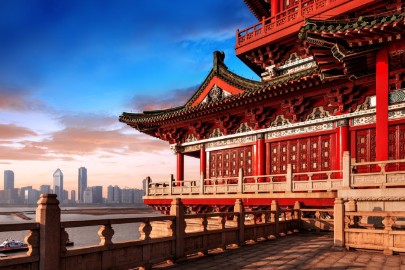 In this China update for mid-2022, we discuss some recent topics of interest as highlighted by our clients.

How will the “common prosperity” drive and Covid-zero policy impact China’s long-term appeal?

Despite China being the first country to face the challenges of Covid, early optimism around its control over the virus seems to have waned.

China Client Update - Can China claw back performance in the year of the tiger?

Once again, 2021 was a year full of surprises and challenges, with ongoing Covid disruptions and China turning from a global outperformer to underperformer.

We noticed you are using an unsupported browser

This site is optimised for viewing with with current Google Chrome and Microsoft Edge browsers. It will not display or function correctly with legacy browsers, such as Internet Explorer 11.

We recommend you use either Google Chrome or Microsoft Edge to ensure this website presents as intended.

Otherwise you can view information about FSSA Investment Managers on the First Sentier Investors website www.firstsentierinvestors.com.